The fractures that involve the articular surface of the hip joint and may involve one or two columns, one or two walls, or the roof within the pelvis are called Acetabulum fractures. Since acetabulum fractures are fractures in the pelvis, the Acetabular Fixation cost in Hyderabad may be more expensive than the normal fractures. The hospital may include the additional cost for acetabulum pain in the acetabular fracture treatment cost in Hyderabad through the surgery.

Severity and Pattern of Fracture

If the broken bone sticks out through the skin or a wound penetrates down to the broken bone, such a fracture is known as an open or compound fracture. They are serious because once the skin is broken, there is a potential for infection in both the wound and the bone.

The severity of the injury depends on:

The healthcare providers have defined several specific acetabular fracture patterns. They are based on:

These fractures can also occur in the combinations of patterns. The severity of these fractures will also determine the acetabulum pain treatment cost in Hyderabad.

The doctor considers several things before drawing a suitable plan for the patient’s treatment, such as:

The treatment involves surgical and nonsurgical means which rules the acetabular fixation cost in Hyderabad.

It is recommended for those stable fractures where the bones are not displaced. However, it may also be recommended for patients who are at risk for surgical complications such as patients with heart disease or severe osteoporosis.

Although the non-surgical treatment is a long process, it also lowers the cost for acetabular fracture which can be Right acetabulum or Left acetabulum in Hyderabad.

Generally, acetabular fractures are treated with surgery. This is because the fractures damage the cartilage surface of the bone and the surgery aims to restore the smooth and gliding hip surface. The healthcare specialist supervises the patient’s history and present health.

Within one week of the injury, the surgery takes place to decrease the complications and risks. With different patterns and intensities, the procedures are divided for a successful operation.

For example, in the Kocher-Langenbeck procedure, the acetabular fractures are fixed through the open reduction process or by an inner decrease. In open reduction, the surgeon makes a precise incision and manipulates the weak bone fragments to facilitate the fracture alignment. While during the process of inner decrease, the doctor uses metal plates, screws and other special instruments to alter the bones into their original positions.

Another such example is Total hip replacement, which is done when the reconstruction of bones may not give a long-term good result. The damaged bones and articular cartilage are removed and then replaced with a prosthesis(artificial parts)

The Treatment Cost of Acetabular Fracture in Hyderabad

However, considering the hospitals and medical insurance, in Hyderabad, the cost for both left and right acetabulum treatment may also begin from INR 57,000. Further, the pain treatment cost of the acetabulum in Hyderabad is decided by the means of pain relief.

With the recent advances, we have witnessed rapid strides in musculoskeletal oncology. Limb saving ...
Read More...

SELF MANAGEMENT OF ARTHRITIS

The pain and the difficulties that accompany along with the Arthritis is just a phase. Developing a ...
Read More... 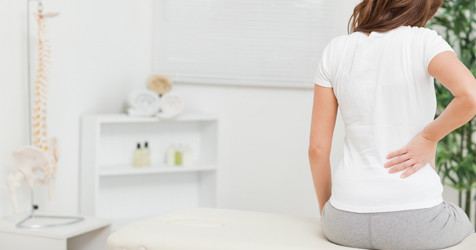 IGNORANCE TO A SLIPPED DISC IS INVITING CHRONIC BACK BONE PROBLEMS

A slipped disc is caused when the sciatic nerve is affected. This nerve runs from pelvis, through bu...
Read More... 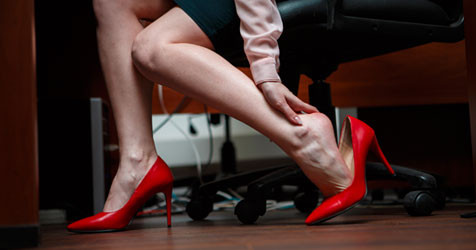 STRESS AND ARTHRITIS: A VICIOUS CYCLE

WHAT IS STRESS?Stress is primarily a physical response. When stressed, the body thinks it is under a...
Read More...