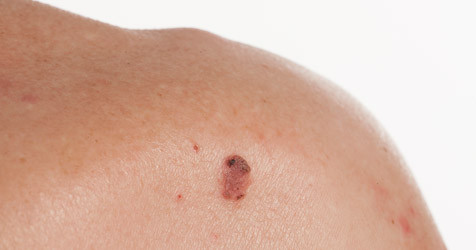 WHAT ARE THE MOST COMMON TYPES OF LUMPS AND BUMPS IN OUR BODY?

Human body has many minor and major skin aberrations. These may be benign or cancerous depending on various factors. Some of the lumps and bumps we are going to discuss are:

Moles, or naevi, are the most common skin lesions. They are formed by a cluster of melanocytes, the skin’s pigment-producing cells. Moles themselves are harmless, but around 25 per cent of melanomas arise in an existing mole. Many more look like moles in their early stages. It’s a good idea to get any new or changing mole checked by a doctor. They will usually examine the mole with a dermoscope, a hand-held microscope that uses polarised light to see just under the skin surface.

If the lesion is asymmetrical, multi-coloured or has other signs of melanoma, the doctor will excise it for further testing.

WHAT ARE SEBORRHOEIC KERATOSES?

They can be removed by freezing, cutting them off, burning, laser surgery, chemical peels or excision with scalpel or scissors.

If many itchy seborrheic keratosis erupt suddenly, it is occasionally a sign of an internal cancer.

A cyst is a round lesion made of a capsule filled with keratin, sebum, fluid or pus-like material.

Sometimes cysts form when injured skin gets tucked in to form a pocket and the maturing and dying skin cells build up inside it. Ganglion cysts form when fluid from nearby joints leaks into a capsule under the skin. Usually the only way to get rid of a cyst permanently is to surgically remove its encapsulating wall.

Haemangiomas are another benign, usually painless skin lesion, formed from an excessive growth of blood vessels in the skin. Depending on how deep in the skin they are, they can be red, purple or even deep blue.

Cherry angiomas and spider angiomas usually appear on the face and upper body.

In that case, the angioma can be frozen with liquid nitrogen, burnt off with electro surgery, or treated with lasers.

Lipomas are actually slow-growing benign tumours of fat cells surrounded by a fibrous capsule. The egg or dome-shaped lipoma usually feels rubbery and moves around easily under the skin. If you are bothered by its appearance, lipoma can be treated by surgically removing the whole tumour.

Other methods include liposuction to drain the inside, or the simple squeeze technique.

WHEN TO GET IT CHECKED?

Any lump, bump or lesion on your skin is worth showing to a doctor if it’s worrying you, but there are some red flags that should prompt you to make the appointment sooner rather than later.

A newly appeared mole or an existing mole that starts growing or changing colour should be checked.

If the lesion bleeds very easily get it looked at as soon as possible. Painful lumps are another sign all is not right.