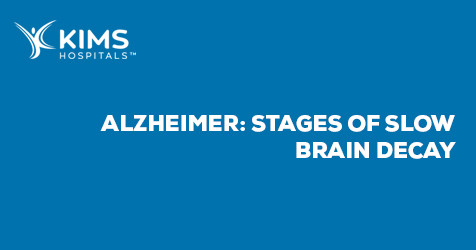 WHAT IS ALZHEIMER’S DISEASE

Alzheimer’s disease is a progressive mental deterioration that can occur in middle or old age, due to generalized degeneration of the brain. It is the most common cause of premature senility.

WHAT ARE THE STAGES OF ALZHEIMER'S DISEASE

Generally, the symptoms of Alzheimer's disease are divided into three main stages.

Hallucinations and delusions may come and go over the course of the illness, but can get worse as the condition progresses. Sometimes people with Alzheimer's disease can be violent, demanding and suspicious of those around them.

A number of other symptoms may also develop as Alzheimer's disease progresses, such as:

WHEN TO SEEK MEDICAL ADVICE?

Memory problems are not just caused by dementia – they can also be caused by depression, stress, medications or other health problems. Your doctor can carry out some simple checks to try to find out what the cause may be, and they can refer you to a specialist for more tests, if necessary.