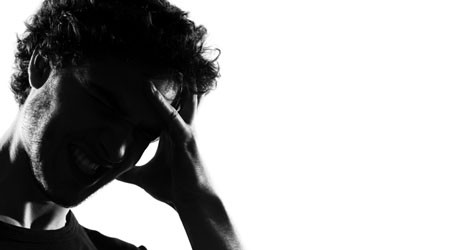 WHAT IS A STROKE?

WHAT ARE CRYPTOGENIC STROKES?

After a stroke, sometimes it can be quite difficult to determine whether the interruption of blood flow that produced the stroke was caused by a blood clot that formed in place (thrombus), a blood clot that travelled to the brain from elsewhere (embolus), or some other vascular problem.

A stroke should not be called cryptogenic until a full evaluation has been done without yielding a specific cause. In general, such an evaluation should include brain imaging (with a CT scan or MRI scan), imaging of the blood vessels that supply the brain (carotid duplex or transcranial Doppler studies), and possibly angiography.

In addition, a complete echocardiographic study of the heart should be done, looking for cardiac sources of an embolus. Potential cardiac sources include blood clots in the heart (usually in the left atrium), patent foramen ovale (PFO), an aneurysm of the atrial septum, atrial fibrillation, or mitral valve prolapse (MVP).

If no cause has been identified after this thorough evaluation, the stroke is deemed to be cryptogenic.

WHO GETS A CRYPTOGENIC STROKE?

Cryptogenic strokes are seen equally in men and women. While cryptogenic strokes in people under age 50 get a lot of attention from doctors and in the medical literature, studies suggest that the ability to identify the cause of stroke in younger people is just about the same as it is in older people.

WHAT IS THE OUTLOOK AFTER CRYPTOGENIC STROKE?

In general, the prognosis of a patient who has suffered a cryptogenic stroke appears to be somewhat better than for non-cryptogenic strokes. Still, the 2-year rate of recurrent stroke averages 15 - 20 percent.

Since treatment to prevent recurrent stroke depends on the cause of the stroke (anticoagulation with warfarin after embolic stroke, antiplatelet therapy with aspirin after thrombotic stroke), the best therapy after cryptogenic stroke is unclear. The consensus among experts at this point, however, leans toward using antiplatelet therapy.

HOW IS ATRIAL FIBRILLATION RELATED TO CRYPTOGENIC STROKE?