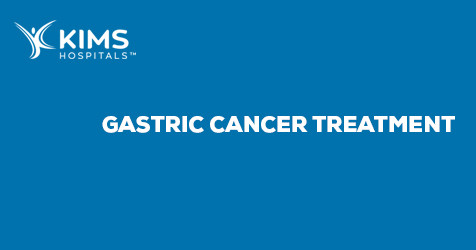 Gastric cancer treatment in KIMS Hospitals Hyderabad is conducted by a comprehensive team that includes gastroenterologist, a surgical oncologist, a medical oncologist, a radiation oncologist, physician assistants and oncology nurses. The others who include are social workers, dieticians, pharmacists and counsellors.

It is also observed that some of the gastric (stomach) cancer conditions go undetected. Patients who turn up in the end stage suffer a lot. Poor prognosis can threaten the patients’ survival. This also limits the kind of treatment that could have been given had they come earlier. KIMS Hospitals, one of the Top gastric oncology centres in Hyderabad opine that most of the hospitals do not have a multidisciplinary approach in treating cancers. This poor approach in treatment of cancers can risk a patients’ life.

KIMS Hospitals, the Top gastroenterology cancer hospital in Hyderabad speaks of the recent advancement in technology and the relentless research that is going towards the cure for cancers that has given several treatment options to the medical world. They include :

KIMS Hospitals is the best hospital for gastric cancer treatment as they have a comprehensive team of professionals who work together in treating their cancer patients examining every detail that connects to the cancer and making sure the disease doesn’t spread. This sort of a professional commitment towards their patients can only be experienced at KIMS and hence it is considered as an exceptionally good hospital for treating cancers.