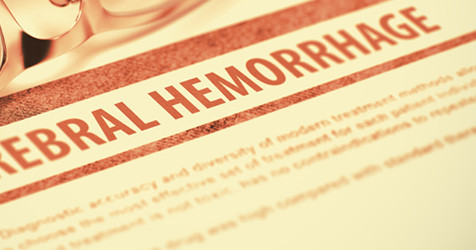 INTRACEREBRAL HAEMORRHAGE BLEEDING IN THE BRAIN

WHAT IS INTRACEREBRAL HAEMORRHAGE?

Intracerebral haemorrhage is caused by the bleeding of a blood vessel within the brain. As a result of the bleeding, a blood clot forms in the brain, which puts pressure on the brain and causes damage.

WHAT ARE THE SYMPTOMS OF INTRACEREBRAL HAEMORRHAGE?

The five most common symptoms of a stroke are:

WHAT ARE THE CAUSES OF INTRACEREBRAL HAEMORRHAGE?

WHAT ARE THE RISK FACTORS?

HOW IS INTRACEREBRAL HAEMORRHAGE DIAGNOSED?

You will likely have an EKG to assess your heart rhythm and activity. The doctors will need to do a physical exam and draw some blood to send to the laboratory.

WHAT ARE THE POSSIBLE COMPLICATIONS OF INTRACEREBRAL HAEMORRHAGE?

Common complications resulting from an intracerebral haemorrhage are:

Common conditions resulting from an intracerebral haemorrhage are:

HOW LONG DOES RECOVERY TAKE?

Movement of the extremities is often impaired after a stroke, but the ability to move usually improves substantially during the first months after the stroke and can continue to improve for some time thereafter. Recovery takes longer when there is serious impairment of movement. Most patients will have some remaining impairment of motion following their stroke.

If a person has only mild symptoms during the first few days after a stroke, they will generally be able to function better after recovery than a person who had severe symptoms after their stroke.

Younger patients will have better recovery than elderly patients. The larger the area of damage to the brain, the less chance there is of getting full recovery.

The brain has mechanisms to repair itself, but scientists are just beginning to understand them. The results from some experimental studies show that some medicines that stimulate brain cell activity or cause brain cells to grow can increase recovery from stroke. In other studies, introducing cells into the brain can promote recovery.

At KIMS, our staff includes some of the very best world-renowned specialists in treating acute stroke, including intracerebral haemorrhage.