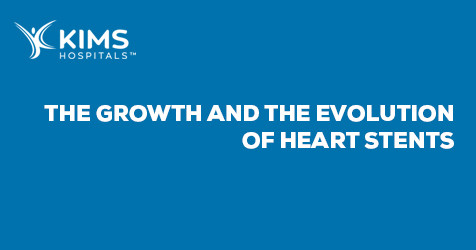 THE GROWTH AND THE EVOLUTION OF HEART STENTS

Coronary heart diseases are the most common ailment people face during their lifetime. These diseases are caused due to the build up of plaque that further leads to narrowed arteries. Heart diseases and other symptoms related to it such as chest pain can be corrected by using stents. These stents prevent heart attacks. They are basically made up of metal mesh. These stents are placed in narrowed coronary arteries.

KIMS Hospitals, one of the best Cardiology Hospitals in Hyderabad would suggest their patients go for minimally invasive surgical procedure to get the stents implanted for any heart disease. The recovery is faster and has less discomfort unlike open heart surgeries in this procedure. These procedures may need blood thinners post-surgery as sometimes clots can be formed within the stents and can cause blockage. If the stented arteries close over a period of time then a bypass surgery procedure might have to be conducted to correct it.

The Growth and the Evolution of Heart Stents :

Earlier, balloon angioplasty was used to treat narrowed coronary arteries. A thin long tube called catheter is inserted through the groin area and is pushed into the block with the help of an x-ray. The balloon is inflated so that the block is compressed and the blood flow is restored. Then the balloon is deflated and the catheter is removed.

There are chances for the arteries to narrow down again after a certain period of time post this procedure as there is no support. This condition is called restenosis. 30% of the patients treated with this procedure experience this issue after the balloon angioplasty. This led to the development of stents.

The stents were made in such a way that they could be mounted on the balloon and inflated along with the stent thus expanding it and slowly releasing it in to the blood vessel. This way the coronary artery is opened even after the balloon is deflated and removed explains the heart specialist doctor in Hyderabad.

The stent was called bare metal stent. They got covered up within six months. This led to further research and found the drug eluting stents. They were coated with drugs that would prevent restenosis. This considerably reduced the process of restenosis. Best cardiac hospitals in Hyderabad state that the drug eluting stents although didn’t form restonosis it did cause late in-stent thrombosis. Hence, they were advised to take anti clotting drugs as a post surgery medication.

In 2016, a new stent that is made from polymer was approved. This stent releases a drug called everolimus which limits the growth of scar tissue. Best cardiology surgeon in India talks about the next generation stents that are more improvised and are yet to be used clinically. They include :

KIMS Hospitals is one of the best cardiac surgery hospitals in India as the medical team they have play a vital role and are actively involved in the research sector in improving the performance of the heart stents.