Persons who are diagnosed with ataxia experience a failure of muscle control in their arms and legs which may result in a lack of balance, coordination, and possibly a disturbance in gait. Ataxia may affect the fingers, hands, arms, legs, body, speech, and even eye movements.

Essential tremor (ET) is the most common movement disorder. It is a progressive, often inherited disorder that usually begins in later adulthood. Patients with ET typically experience tremors when the arms are held up and when the hands are being used for activities like eating, drinking or writing.

Parkinson's disease (PD or, simply, Parkinson's) is the most common form of parkinsonism, a group of motor system disorders. It is a slowly progressing, degenerative disease which results from the loss of dopamine-producing brain cells.

Patients with significant functional impairment usually opt for some form of treatment. Less impaired patients may choose to forgo treatment all together. Some patients that aren’t functionally impaired desire treatment because their tremor is a significant source of embarrassment. Once a patient desires therapy, there are several options: In some patients, tremors can be reduced by weighting the limb, usually by applying wrist weights. In a small proportion of patients, this can dampen down the tremor enough to provide some relief or improve functioning. Since anxiety and stress classically make the tremor worse, non-medical relaxation techniques and biofeedback can be effective in some patients.

Medications known to make tremors worse should be eliminated or minimized when possible. These include lithium, several antipsychotics, valproic acid, corticosteroids, some anti-depressants and a class of drugs called adrenergic agonists. People with tremor also may benefit from avoiding dietary stimulants, such as caffeine. They should also be evaluated for hyperthyroidism, which can produce tremors that mimic ET. The decision to treat with medications is made when the degree of impairment or discomfort outweighs the side effects of treatment. The mainstay medications include beta adrenergic blockers, such as propranolol (Inderal), and the anti-seizure medication primidone (Mysoline).

The effectiveness of this drug in treating ET was first noted in a patient being treated for epilepsy. Primidone has been shown to be effective in several controlled trials, and is often the first medication prescribed for patients with ET. Some patients may experience a “first dose phenomenon” where they have transient feelings of unsteadiness, dizziness and nausea at the beginning stages of treatment. This is usually short-lived. Sedation is another common side effect and can be reduced by following a slowly escalating dose schedule. Most patients are able to tolerate the side effects, and studies have shown 60-100 percent of patients respond positively.

This is an adrenergic blocking agent. This type of drug is effective in 40-50 percent of patients and is less useful in reducing head and voice tremor. It should not be used in patients with asthma, emphysema, congestive heart failure or heart block and should be used with caution in people with diabetes who are on insulin. These drugs may reduce exercise tolerance, exacerbate depression and cause impotence. Other adrenergic blockers with fewer side effects include atenolol, nadolol, metoprolol and timolol.

If both primidone and propranolol are not effective alone, combinations of both may provide relief in selected patients.

Benzodiazepines, especially clonazepam, have long been used in the treatment of ET. Side effects of this class of medication include sedation and a risk of dependence. Other medications, including gabapentin, topiramate and methazolamide, may be prescribed for refractory patients who have not obtained significant relief or who are unable to tolerate the more common therapies.

This treatment method is typically recommended for those with severe head tremor. Although head tremor rarely leads to impairment of functional abilities, the embarrassment may cause patients to feel socially isolated. Several studies have shown that botulinum toxin injections may significantly help head and voice tremors. Hand tremors also may be reduced with botulinum toxin, but the injections are more difficult and a clear functional improvement often is hard to obtain.

When patients do not achieve satisfactory control of their tremor with non-medical or medical therapies and there is significant functional impairment, surgical options should be considered.

Placing a surgical lesion in an area of the brain called the ventral intermediate thalamus (Vim) has been used to treat essential tremor for decades. Between 80 and 90 percent of patients have sustained benefit from this type of treatment. Attempts to control tremor on both sides of the body using this procedure have led to an increased risk of developing speech problems, thus limiting its usefulness.

A safer option for bilateral treatment is deep brain stimulation (DBS), which stimulates the brain at high frequencies. An advantage of DBS is that it is reversible and controllable. This allows physicians to adjust the stimulator for maximum benefit and fewest side effects.

All patients considering DBS to treat their symptoms are evaluated by a neurologist on our team. During this evaluation, the physician decides whether the medications the patient is taking are appropriate and optimal, and performs a cognitive evaluation to determine whether the patient can accurately and actively participate during the surgery and during brain stimulator programming. Medical clearance is also obtained through the patient's internist prior to scheduling surgery. A neurosurgeon from our team then evaluates the risks and benefits of the surgery in the context of each patient’s needs. There is no guarantee that the tremor will be completely relieved with DBS. The Implanted System: The system consists of an electrode that goes into the brain, a connecting cable, and the "neurostimulator" which contains electronic circuitry as well as a battery.

Programming of the Deep Brain Stimulator :

Immediately following the surgery, there may be some benefit without the stimulator even being turned on. This is thought to be due to swelling around the tip of the implanted electrode. This effect can diminish over the following weeks to months. 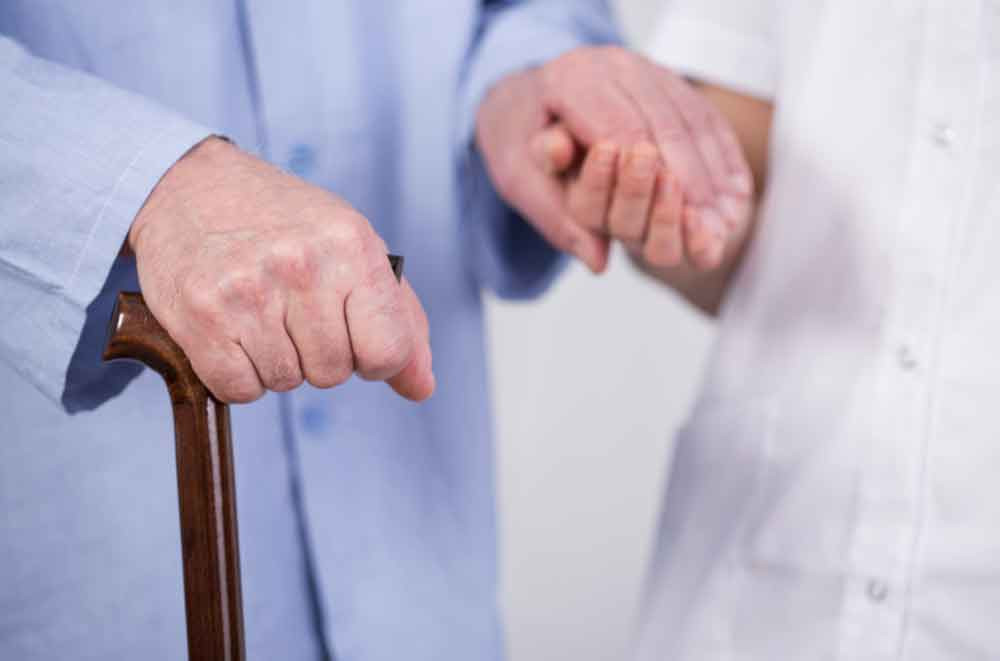