Multiple sclerosis (MS) is a chronic disease affecting the central nervous system (the brain and spinal cord).MS occurs when the immune system attacks nerve fibers and myelin sheathing (a fatty substance which surrounds/insulates healthy nerve fibers) in the brain and spinal cord. This attack causes inflammation, which destroys nerve cell processes and myelin – altering electrical messages in the brain.

MS is unpredictable and affects each patient differently – some individuals may be mildly affected, while others may lose their ability to write, speak or walk. There are several courses of multiple sclerosis that have been described :

At the time of diagnosis, 90% of patients will have relapsing-remitting course of disease. This form of multiple sclerosis is characterized by the onset of the neurological symptoms over a period of hours to days. Common symptoms of a relapse may include: Fatigue, Numbness, Tingling, Blurred vision, double vision or loss of vision, Unsteady gait and Weakness.

These symptoms tend to persist for days or weeks, and then disappear partially or completely on their own or with treatment. Patients may then remain symptom-free for weeks, months or even years (known as remission). Without treatment, most people with MS will develop disease symptoms that will gradually worsen over time (known as relapsing).

There may be periods where symptoms are stable, but the overall course is one of worsening over time. Often an individual will describe a change in their abilities when comparing current function to past function but without identifying an episode that led to the worsening. Sometimes, after the onset of secondary progressive MS an individual may experience a relapse. The course would then be considered secondary progressive MS with relapses.

Benign MS is a mild course where an individual will have mild disease after having MS for about 15 years. This occurs in about 5-10% of patients. There is no good way of predicting which patients will follow this course. The only way to identify benign MS is AFTER someone has had the diagnosis of MS for at least 15 years and has had no evidence of worsening (both in functional ability and as evidenced on the MRI). Benign MS cannot be predicted at the time of diagnosis or even after a few years with MS.

It is not always easy to make a confirmed diagnosis of multiple sclerosis because early symptoms may be minor and sporadic. It can also be difficult because other diseases can have similar warning signs, and there is no definitive single laboratory test to confirm MS. The diagnosis is made based on a neurological examination and a history of neurological symptoms. During the neurological evaluation our team sorts out even the most complex cases. Other diseases that mimic multiple sclerosis are carefully and systematically excluded. Some of the tests typically used for this evaluation include :

MRI of the brain and/or spinal cord:

The MRI often shows plaques or scars typical of MS.

Using a lumbar puncture or spinal tap, the CSF evaluation may show immunological abnormalities that help in the diagnosis.

An exacerbation (known as relapse, flare-up, or episode) is defined as new or returning neurological symptoms that have evolved over at least 24-48 hours and have not been provoked by a metabolic cause – such as a fever. Exacerbations can interrupt the ability to function, thus the goal of treatment is to accelerate recovery. For acute exacerbations of symptoms, steroids are sometimes prescribed to shorten the duration and severity of the attack. These are not the same steroids that we hear about in the news with professional athletes. The steroids used in MS treatment are known as glucocorticoids. Glucocorticoids reduce inflammation and are used in various illnesses and conditions (such as allergic reactions and asthma). The use of steroids in MS usually involves intravenous (through a vein in the arm) methylprednisolone given once a day for three-to-five days. Sometimes the intravenous steroid is followed with steroid pills, given in a tapering dose for an additional 1-2 weeks.

As the inflammation and damage from multiple sclerosis can interrupt normal nerve transmission in the brain and spinal cord, many symptoms can occur. Some of these may be transient and some may become permanent. Management of symptoms requires good communication between the patient and the MS provider, persistence, and often the expertise of multiple specialists. The major goals of symptom management are to maintain independent function and improve quality of life. Although medications are available to help with many symptoms, medications may be only part of the answer. Often, rehabilitation strategies such as physical therapy and occupational therapy are very helpful in improving and maintaining normal function. Consultation with specialists such as urologists, psychiatrists, and pain management specialists may be extremely helpful. Changes in mobility may require a specialist in orthotics as well as the physical and occupational therapist. A coordinated, comprehensive, interdisciplinary approach to MS care is the best approach for the long-term management of multiple sclerosis. 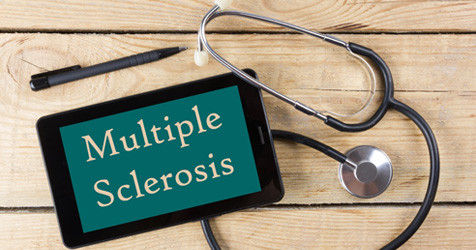 WHAT IS MULTIPLE SCLEROSIS?Multiple sclerosis, a disease of the brain and spinal cord, is a chronic,...
Read More...